In my ongoing quest to replace weapons on geeky themed maps with variants of the actual weapons from the series... 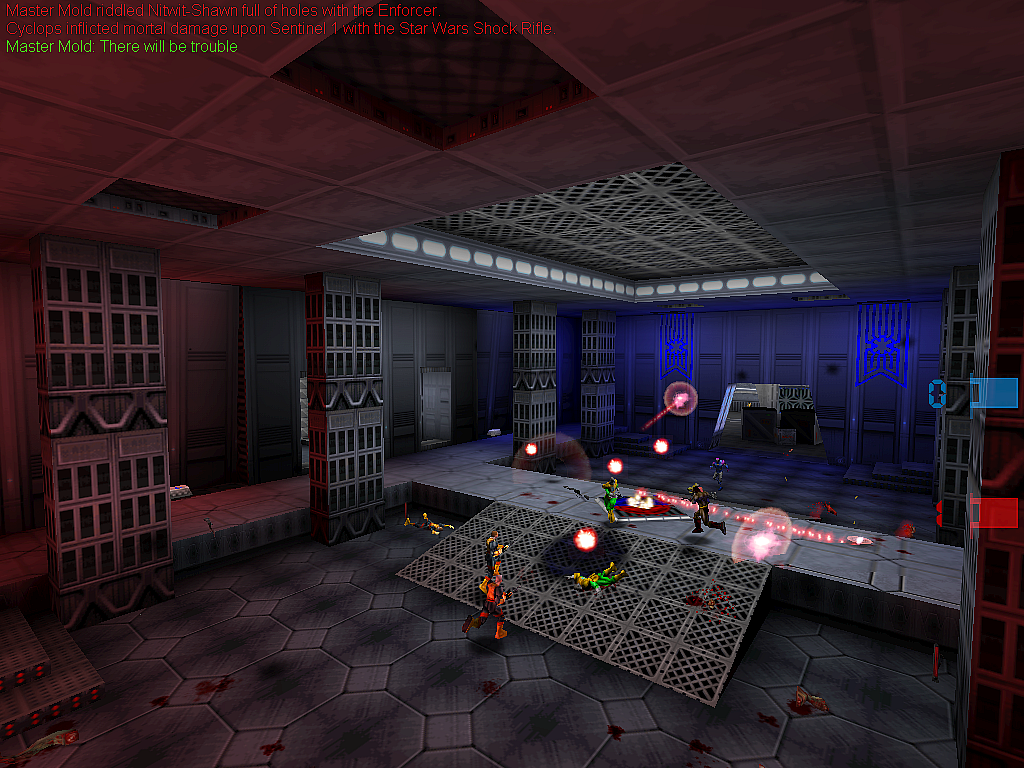 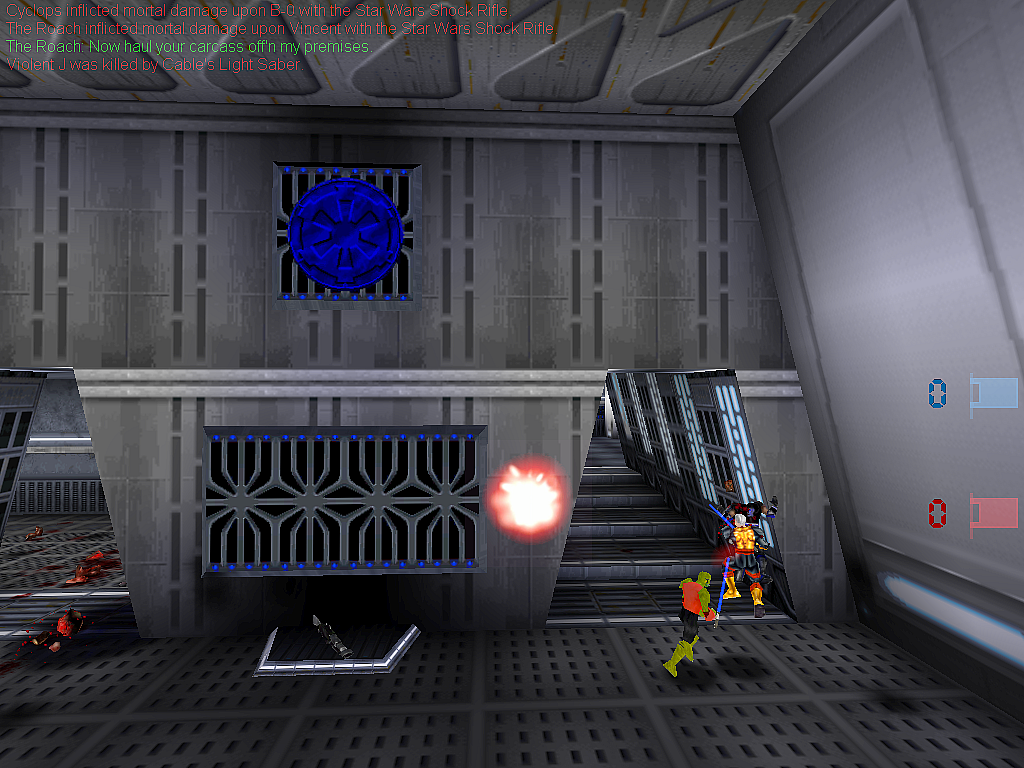 All weapons on this map have been replaced with the Star Wars Shock Rifle and a Lightsaber. Yeah, just 1 saber in the center of the map.

For those unfamiliar with the saber, alt-fire uses The Force. Other than that, it will often seem like whoever is holding a saber is stabbing themselves in the head.

What is Star Wars-ish about this map? Because they have light sabers?
~Peace~

It's an Imperial themed map, including the typical textures one sees on any Imperial Base as well as Imperial Logos.