This is a fairly standard edit, I added UTDMT and the ut2k4 cannons to this map and beyond that it wasn't very complicated minus 1 wee lil' detail. 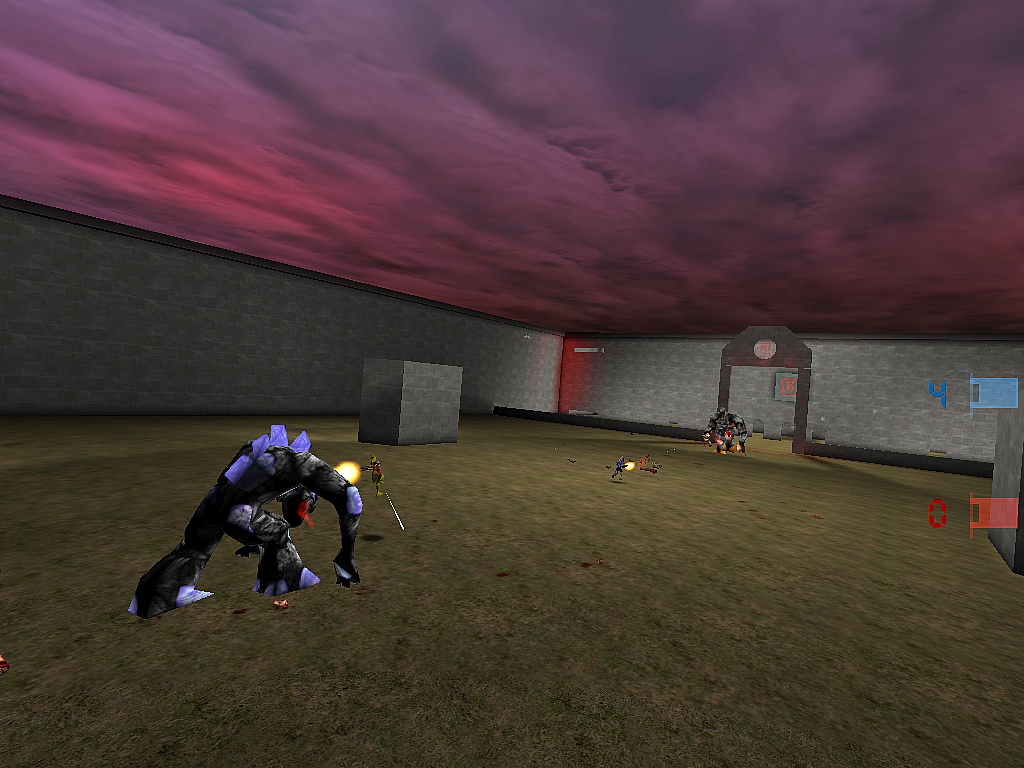 This is a large enough map with plenty of open space that the Titans can roam around free without getting too far off the beaten path as to be out of game for long, and plenty of room for players to get around them. Pathing is fairly basic but good enough, for so simple a map I didn't feel an assessment was necessary.

The UTDMT are using the crystal skin I exported out of ut2004, a blue for the Blue Team but I opted for orange over red for the Red Team... which is that wee lil' detail I mentioned.

Normally I name the Titans after food but went a bit different this time, as I named the Orange Titan "The Donald" and made him very fat. Given one can customize what a UTDMT says, I've been doing research on Trump Quotes the last couple months until I had enough for him... 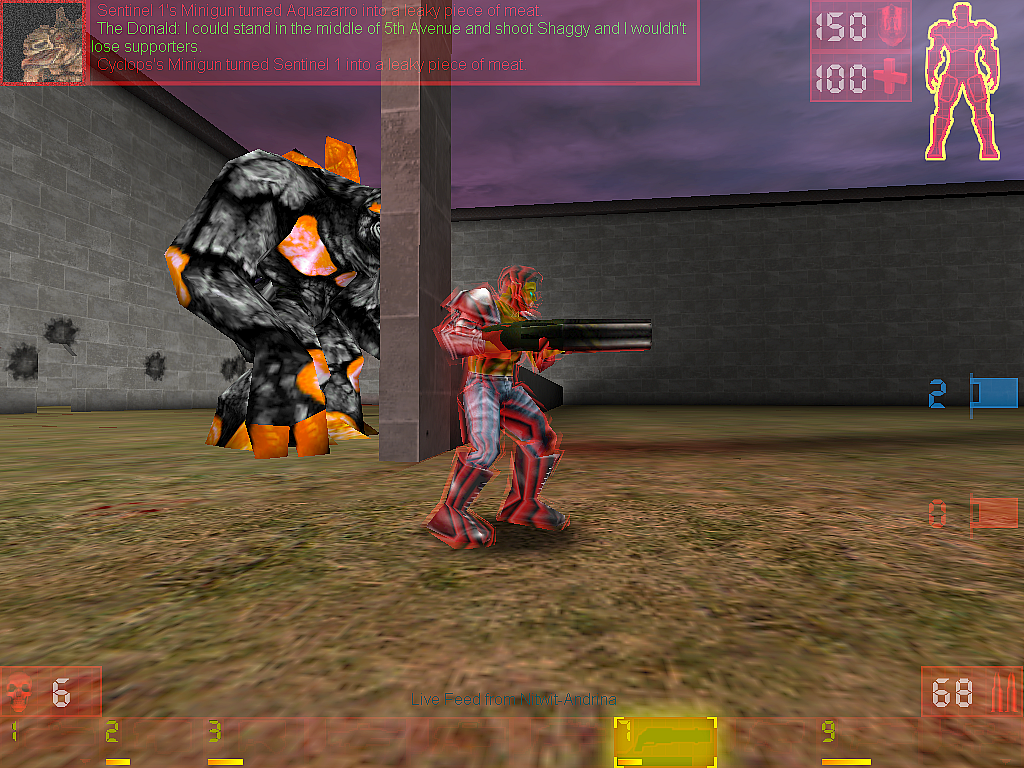 Who knew that EvilGrins loves Donald Trump? Well, he doesn't. So don't get excited.
~Peace~

My feelings on Trump are he scares the crap out of me as PotUS... fortunately that's no longer a thing, and in this context the only thing I love about The Donald is he makes for an ideal redeemer target.