Speed up your network and internet.

Speed up your network and internet.

I think I owe you all a real speedup, rather than some sillyness, so..

Is your router config page showing the external connection is slow or what you expect ?
Check for MoBo chipset and network driver updates (the MoBo drivers should include your USB ports)
Make sure you are using the correct network driver.
http://www.cpuid.com/softwares/pc-wizard.html (this will show you the chip info, rather than what driver is installed)

USB transfers may be slow if you do not have the correct driver, and it often hammers the CPU interrupts. This slows everything while doing long data transfers.

Do you know if your neighbours have faster net ?
Make sure you are using a working filter in your phone socket, and there is no crackle and hiss when you pick up the phone.
Are you using Wi-fi or ethernet ?
Try a different ethernet cable, or even swap it around.
If you are using wi-fi, try and temporarily get Ethernet access to run tests.

You will need to tweak your network settings to match the real speed you can get.
Windows defaults are set for a network speed of up to 100 Mbits. This is often too high and chokes your connection with large data packets.

cFos Traffic shaping
I am lucky enough to have a new ASRock MoBo, and I have been using a tool/driver they have available, called "XFast LAN"
http://www.asrock.com/feature/XFast/xfastlan/index.asp
It is a re-badged commercial product called "cFosSpeed" and goes way beyond any network tweaker I have used, as it is a replacement network driver.
http://www.cfos.de/en/cfosspeed/cfosspeed.htm

Instead of just setting you network to an ideal configuration, you first calibrate it and then it continually adapts to the current speed, and what programs you are using. 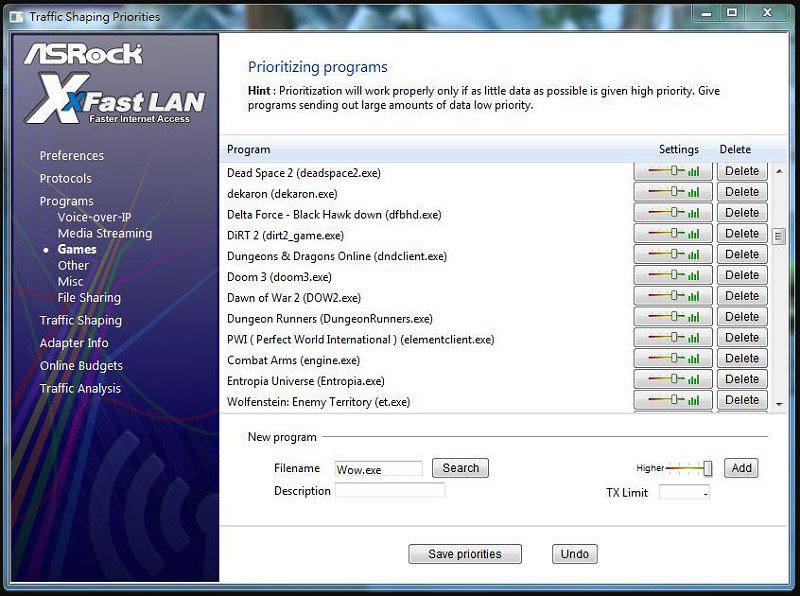 I am happily using it with minimal configuring, as it already has UT, and Unreal was easy to add

All the settings can be changed while running, without a reboot.
It can be set to improve your ping time or download speed.
Obviously I swap to prefer ping time, while playing online.

The beta version installs as shareware, but as they seem to have a lot of OEM partners you may find your MoBo manufacturer has a licensed version.
Look to see if your PC/MoBo is made by any of the companies at the bottom of http://www.cfos.de/en/oem/oem.htm