...dedicated to Wolfie (I don't know who that is).

It's a good map, covers all the angles (except no bot-pathing: Grrr!) 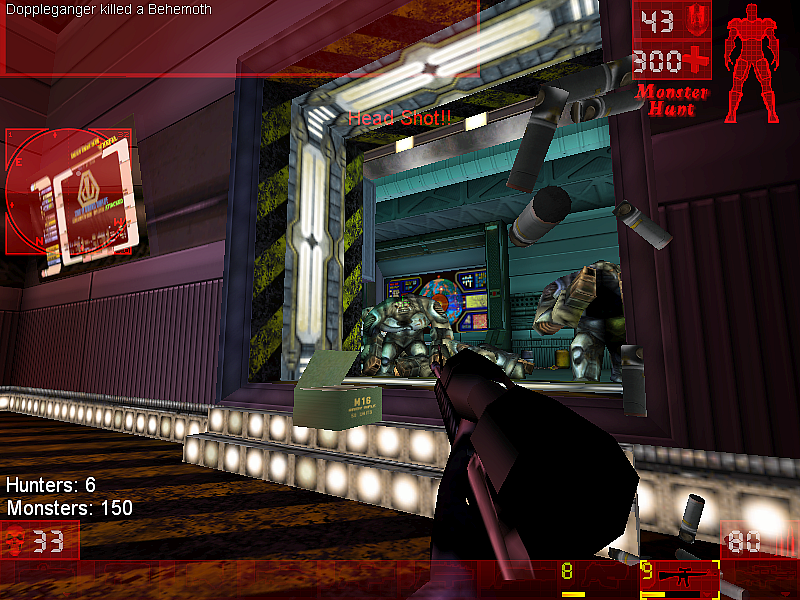 No worries, that won't happen too soon. I know what I'm saying. The rest of setup is awaiting a proper destruction

What do have we learned in 2016 ? Maybe state "bullshiting" is a perfect match because Patrolling is unknown.
Introdude garbage again ? Anyone ever heard about other decorations ? Explain to that man "how to...".
I think I still did not learn the lesson: Do not download 40 MB for rammed stuff. It doesn't make sense.
Building and Moved...
My UT Mapping works...
Top

And I don't get it

Someone needs a translator for understanding "ScriptWarning" before keep messing up forward.

Edit: I went to a check in Editor for the rest of occurrences. I'm not curious why we need to waste time in Editor for ruining everything:
- SkaarjOfficer - in default MH is unarmed but... amazingly has Rangedprojectiles (I did not see such freak firing RangedProjectiles);
- Some Brute if I well recall has another skin - like a Behemoth - Nonsense could be Behemoth by default...
- Presuming Brutes guardians patrolling around some area I did not figure any PatrolPoint -

- In 3 minutes I have closed Editor - this Level doesn't worth attention - if by chance has some BSP bugs probably fixing is a hard job because brushes are stripped out after build.
I won't ask about zoning Level, Pathing, etc. Player with slower a machine is lagged in this load.

Aside, Wolfie is BlackWolf admin at DU. Perhaps is not truly happy about this work but... this is not my problem and neither other problems debated at DU, everything except Pathing - that's why they won't learn too many things.
Building and Moved...
My UT Mapping works...
Top

Yeah, I learned about Wolfie being BlackWolf after posting this. He actually seems to love this map...

It may be a subtle distinction. For example, I don't often look at the UT log file unless something goes majorly wrong while I'm playing; sometimes not even then. I've gone back to the thread on DU this map is from and so far as I can see, only complaints/critiques have been about certain issues in the game but nothing major or involving log files.

Apparently 1 of the doors keeps crushing people. I saw that the first time I reviewed that but didn't mention it as it's just a timing thing... which I easily adapted to.

EvilGrins wrote:It may be a subtle distinction. For example, I don't often look at the UT log file unless something goes majorly wrong while I'm playing; sometimes not even then.

That's depends on what kind of quality are we talking about, and how much you like to deal with less good things.
Translated into real life - if I would build security systems the way as this map was build getting over rules, I would be suspended from activity having chances to support some consequences. THIS is my criteria of sorting stuff.

Those logs are just showing up some mapper who have less clue about monsters and not only monsters - even after several years spent in Editor - pretty confusing...

About monster A.I. perhaps I should open a thread describing a couple of basics and options - so to speak what a monster can do - or cannot do.
Building and Moved...
My UT Mapping works...
Top

As I did use it for a "hidden monster" in that cabin up on the hill on DarkForests... 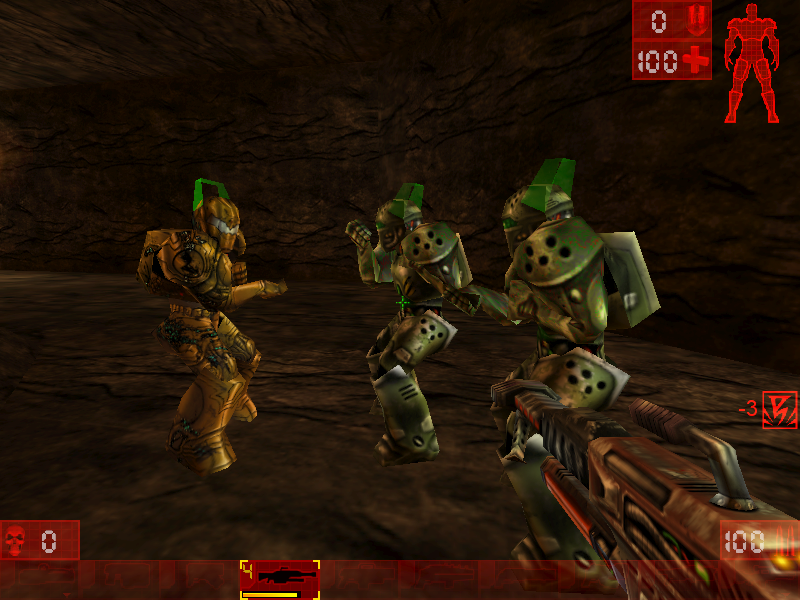 ...what do you think of this monster?

Except whatever Quadrifle which is another trash, I can see "Was eliminated by XAN" message but I don't know who was eliminated by Xan. The deal with holding weapons is good but the rest of stuff is unfinished, because I believe some animations there needs some love - looks like it's skating when it runs.
Building and Moved...
My UT Mapping works...
Top

Might be a memory thing, when I use it I can see it running with a lotta legwork. Way it shoots and runs though is weird, probably based on the weird angle it holds the gun.

Yeah, that weapon of its is weird. Took screenshots (on home computer, I'm at work). It doesn't assign itself to a number, you gotta drop everything you're carrying to use it... and then the way it shoots is even weirder.

It is a challenge to fight, though... which is always my main interest.